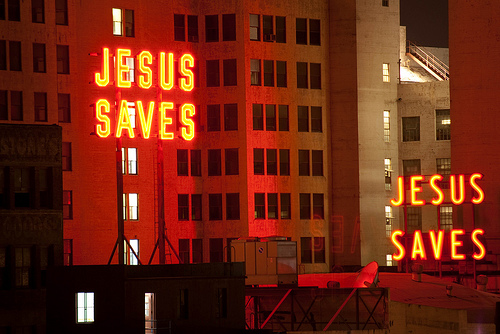 When I was thirteen, my mother appeared on the cover of the National Inquirer. She was extremely proud of it and bought all the copies she had the money for. The covers were all black and white in 1965, and I was thankful: her minister outfit was a purple cassock, cloth of gold chasuble, and purple and gold stole. Still, black and white was bad enough when your classmates were asking “Isn’t that your mom on the cover of the Inquirer?” The headline was: I RUN A CHURCH FOR HOMOSEXUALS.

I don’t know when and where Momma met her first gay friend. I only know that, growing up with Momma, nine out of ten of my babysitters were likely to be drag queens or gay hustlers or gay hairdressers, all of them what she called ‘fem queens’. She didn’t seem to think them unusual, so neither did I.

I found most of them an interesting contrast to my mother. The drag queens often dressed as well or better than she did and more flamboyantly and they were definitely better at putting on makeup and producing a bustline. But out of drag, or if they didn’t wear it, they were usually slight young men whose voices flowed out in a rush and whose hands fluttered about them as they spoke. My mother was considered very tall for a woman in those days – she was five foot nine or ten in heels and very broad-shouldered with a solid, boyish shape and pretty but sturdy legs. In the midst of her friends, she was an Amazon.

When I was very young, Momma would sometimes run away from home for a few days and take me or my sister with her. Never both at once. It usually happened in Spring or Summer when the evenings were soft and warm.

We would spend the early parts of an evening in downtown Los Angeles, in Pershing Square, named after “Black Jack” Pershing, the World War I general. We would arrive there just about twilight, when the office workers were heading home maybe from City Hall – then the tallest building in Los Angeles – or the Richfield building, all black marble with gold filigrees and eagles decorating its deco splendor.

In the Square, Momma would talk to her friends until the people with the songbooks and portable organ arrived. Then we would sing hymns of the type my mother learned when she was being raised by my great-grandmother. My mother told me that great-grandmother had been a Seventh Day Adventist and had once given away all of her belongings because the leader of her particular congregation had said that Christ was coming back to earth on such-and-such a day. It might have been just a story. My mother told me a lot of stories and probably believed every one of them. During her lifetime, she tried on a lot of religions, but always liked singing those songs, so maybe that story had a little more truth in it than the others.

Pershing Square was lush with palms, ferns, and elephant ears and thick with stands of Birds-of-Paradise, the official flower of the city of Los Angeles. Lighting was a mix of Edwardian era standards with frosted, knob-like glass, and newer metal lamps, spare and utilitarian. A long time ago, purple glass blocks had been placed in the concrete sidewalks downtown and some places the light in underground garages or workplaces would still shine up through them, as it did in Pershing Square, where there was a vast amount of underground parking. I put my little feet on the purple glass from time to time, wondering what was underneath.

There were also lights in the bases of the planter boxes and lights at the bottom of the trees, but no matter how many lights were put in the park, it remained shadowy and full of dark and secluded grottoes; the perfect place for some of Momma’s friends to conduct their business.

In the early to mid-fifties, if you could stay in the closet, you did. But, if you couldn’t, you still had to earn a living. Then, as now, a lot of young runaways and boys who had been turned out of family homes, came downtown to hustle, providing sex to the guys still in the closet. Baby-faced kids with barely there beards who serviced the “chicken hawks,” and “drugstore cowboys” who went for a ride with those who liked their companionship a little more exotic or “rough.” Pershing Square, with its secluded spots and underground restrooms was perfect for such anonymous meetings.

The Los Angeles police were often there, and sometimes they would talk with Momma, and smile at me. Momma would wait until they were out of earshot before calling them “bastards” and “gestapo.” There must have been other types of people there, too: business people on their way to dinner or a night at the Biltmore, couples headed to the big art-deco movie theatres a couple of blocks away, drug dealers, other kinds of opportunists. But I didn’t know any of those. When I was with Momma in Pershing Square, my world was a night world of shadow and lamplight, my nearsighted vision blurred all lights to snowflakes, and I would sit on top of one of the large concrete planters and listen to the sounds of traffic, footsteps, the thrum of the pigeons as they went to roost in the trees, the mix of voices raised in song.

Maybe it was the Salvation Army, those people with the songbooks and portable organ. Or maybe another group, people from the building with the big red neon light reading, “JESUS SAVES.” Someone was always there, though. They would hand out the song books and start the singing. My mother knew every song. Her voice was not beautiful, but it was melodic and distinctive. In later days, I came to think of it as representative of her Missouri roots. It was strong and clear and conveyed a sort of certainty. She would stand near a planter, with me sitting on top of it next to her, my legs dangling from underneath my car coat, and I would listen as she lifted her voice about gathering at the river or clinging to an old rugged cross or becoming a Christian soldier. Sometimes I would try to sing along, but mostly, I listened.

I always fell asleep. Once that happened, I would experience the rest of the night as a series of blurry vignettes: opening my eyes to find myself being carried somewhere; hearing a man’s voice with a woman’s lilt singing to me; seeing the parade of Yellow Cabs in front of the Biltmore, men in tuxedos and ladies in evening gowns getting out of big cars to stroll across the sidewalk; Momma asking me if I needed to use the toilet and realizing I was already in a stall.

I alternated sleeping and waking to a continuous buzz of talking and laughter, the smell of cigarettes, coffee from a vending machine, and sometimes a cup of hot, watery cocoa or salty chicken-soup.

When the evening was done at last, we often walked to Cooper’s Donuts for a plain cake donut and a cup of coffee full of milk, each of them only a nickel. The pressmen from the Times or Examiner might be there, or men from the flower market. Almost always, one of them would buy me a special donut – eight cents – with chocolate frosting and nuts.

Walking downtown afterward, looking for a place to spend the night, we sometimes ran into more friends of Momma’s. They yelled, “Hey, Mary!” across the street at her, called her “Miss Thing,” and introduced her to others as their “sister Bobbie.” Momma and her friends would laugh about the evening’s work or entertainment and often, we would all go to a Clifton’s Cafeteria. My mother and I both favored the one that was decorated like an island paradise.

In those times, I thought the best part of being with Momma then was Cooper’s Donuts or going to Clifton’s. But now, I think I might pick Pershing Square in the springtime and the sound of young male voices singing about being Christian soldiers while the big red neon sign across the street flashed, “JESUS SAVES” and the world rushed by in shadow.

NOTE: this piece is part of a collection of autobiographical works under the title, My Life in Pictures