The walnut trees next to my driveway are in bloom. Tiny yellow flowers make a mosaic on the concrete and there is the warm buzz of bees in the air.

Buffett ignores all of this in favour of the dark, leaf covered strip between the trees and the drive where he sniffs, blows, sniffs again and repeats the process until he has found just that perfect spot or, more likely, he cannot wait any longer. I know he delays his body functions as long as he can to make the walk last.

What interests him is largely invisible to me. Not everything, of course. I see the large piles of dog waste left by other dog walkers that Buffett finds curiously inviting. He loves to get right up close, his black nose leather within millimeters of it. What he learns about that dog, I don’t know. What I do know is that it is instinct (a somewhat amusing word to use here) that makes him so curious. After all, it’s not as though he will come home and write in his journal about what he discovered.

Today I smelled the pre-fossilized coprolite of a Labrador Retriever. The aroma was complex, including the tang of marrow, by which I am led to believe that his parents feed him a raw diet. This was a large contrast to the Corgi droppings of yesterday where it was obvious he was getting into the cat food.

We move along to the rutted dirt running alongside the paved street and he hops past the flattened earth where I buried the juvenile skunk I found some days ago, only to stop at a point in the wire fence where there is a depression as though something has dug underneath. Maybe the skunk’s mother or another skunk, finding it easier to dig than to climb. I’ll never know, but it’s likely I could be surprised, if I did. A little further on, the wire fence crosses over a creek bed and I once saw a doe fold herself down into that space to emerge on the other side of the fence. That was definitely surprising.

Buffett never minds if I stop to look at birds, squirrels, trees, or clouds or listen to the breeze in the leaves. It’s kind of him, considering that since – as a dachshund – he’s very low to the ground and things taller than my kneecap are generally out of his radar range. Usually, he will attempt to find something invisible to smell or, if possible, start eating grass.

I have no idea why he does this. Again, I assume it’s something to do with the parts of the modern dog still connected to the prehistoric ones. I don’t let him eat much – when my cats did it, they usually threw up. Bleh. Though he is as stubborn as any other dachsie, he responds well to my “Leave it!” command. He can be obstinate about the invisible things, though. If he finds something interesting, he will stop cold to investigate and will not want to leave until he is satisfied he knows everything about it. In these situations, he ignores my commands and will be dead weight if I pull on the leash. And nothing looks worse than a grown woman dragging a little dog by a lead. Sometimes I wait for him and sometimes I’m forced to pick him up and physically move him to another spot. He never holds a grudge or attempts to return to the whatever-it-is. Once the scent is out of his nose, he’s quite willing to forget about it.

Sometimes when we’re out, we meet other dog walkers. In particular is a woman around my age who has two very elderly dogs. I don’t know if the Shepherd started out white or gradually got that way; it’s hard to tell. She’s very friendly, and I am always careful when I pet her because she’s so wobbly, I’m afraid I’ll knock her over. Her eyes are bright and happy, though. Her friend is another blonde, a mutt who always seems to be impatient to get back home. Sometimes they’re joined by other walkers – a mostly-silent young woman and her perky corgi, and a talkative young man and his Afghan Hounds. The Hounds are beauties and their owner and I were surprised when one let me touch him and even came up to sniff my face. Afghans are notoriously aloof so it was a mark of special favour.

Buffett is interested in other dogs, but only mildly. How he reacts to meeting them depends entirely on me. If I am loose and relaxed and talk in a friendly voice, then he is welcoming. If I am anxious for some reason, he will be on his guard and prickly in his manner.  An exception is with un-spayed young females. With them, he has short dog syndrome and barks and growls and tries to dominate them. Seeing him trying to discipline an oblivious six month old Golden Retriever who is three times his size if not more can be either inspirational or serve as a warning.

To Buffett, anything that isn’t dog or human but is alive, is prey. This isn’t usually a problem – not a lot comes into his limited viewing range. But he will chase whatever he sees – cats, squirrels, birds, wild turkeys, mice, and the list goes on. I am not afraid of him catching something; he has been within nose touching distance of some of these and done nothing but bark. I think he’s impelled by his genetics to chase, but too modern to know what to do once he’s got there. There is no thinking involved, just pure reaction. I don’t worry that he will hurt the other animal, but I don’t like him to frighten them and I worry they will hurt him in their fear. Partly for this reason, he’s not allowed to be off-leash except in the house or a fenced yard.

Another reason he’s not allowed off-leash outside is his insatiable curiosity. He can get lost in sniffing and wander away without realizing it. This is a danger with all dachshunds – they are scent hounds, after all, and it may be the reason he was found wandering the streets of San Jose. He watches cars carefully when they go by, but it’s more possible than not he could follow a scent right into the street and be surprised by a truck. That ability to not be distracted from a trail is good for hunting badgers – a dachshund’s original job – but there aren’t too many badgers where most dachshunds live these days.

A big reason I don’t let him outside off leash and by himself is that he loves people. If he sees someone come out of their house, half a block away, he starts pulling me in that direction. People entering or exiting their cars, getting mail from their mailboxes, or waiting for a bus – they are all new friends to be greeted. He doesn’t fawn on them or jump on them or bark. He just does a fast trot up to them with his tail wagging, smiling, waiting for them to pet him. Sometimes I wonder if he is looking for someone in particular. If so, he never seems disappointed not to have found them.

He knows I’m his human; when I fill up the gas tank, he swivels in his car seat to keep an eye on me. If he was distracted when I went into another room, he will come looking for me. I’ve been told by others that if I leave him with someone else for a few minutes, he cries.  Dachshunds are noted for being loyal.

But Buffett is also used to humans telling him what to do. If he ran up to a stranger and they put a leash on him, he would not complain. If they put him in a car, he might look out the window for me and whine a bit, but he wouldn’t struggle. He would definitely go without a fight.

And if I lost him, I would be lost.

Now that he is nine, I search for signs of a greying muzzle. I watch his hip-hop run for hints of difficulty or pain. His bowel movements are more important than mine.

Dachshunds have a life-span of approximately 12-14 years. Although some have lived as long as 20, that’s rare. I figure I might have Buffett another 4 to 7 years and some of that will be spent adjusting to a senior dog who may develop cataracts or even diabetes.  My last Dachsie developed both of these things and probably a brain tumor as well. I had to send her over the Bridge when she had a seizure that left her limp and unable to react to anything.

At this moment Buffett is in good health, and I treasure that. He is too precious for me to take for granted. So when I look at him, I really look. I see the way he looks back at me as though he’s trying to understand what I’m telling him. I love how he comes to the kitchen doorway and puts his head around the corner with his ears up. I love how he grunts as he curls up to sleep, how he pushes against my thigh with his paws when he’s trying to get more comfortable on the chair. I love how he occasionally says, “wha-roo?” when I’m taking too long with his dinner and then does a little tap dance when I give it to him. I love the way he seems to undulate and hop, pushing off with his back feet, when he’s running, his ears bouncing up and down and how his black and tan butt waddles when he’s walking.  I even like the way he looks at me when I try to get him to play; his expression that says something like, “Should I be worried about your sanity?” I tell him other dogs chew toys or play tag with their owners. He huffs and gives me a little lick. “I don’t. Stop it now.”

I’m memorizing him.  I’m stockpiling those memories in anticipation of future drought. They will share space with the memories of others that came before him and will be squeezed by memories of those that will come after.

I feel his breath going in and out by the movements of his chest against my leg on our chair. I pet him and he stretches and looks up before yawning and laying down again. In a moment, I will pick up his body, which will stay limp in trust and I will hug him to me as I do several times a day and kiss him where I love best, right on one tan spot below his left eye.

And because he loves me back, he’ll let me. 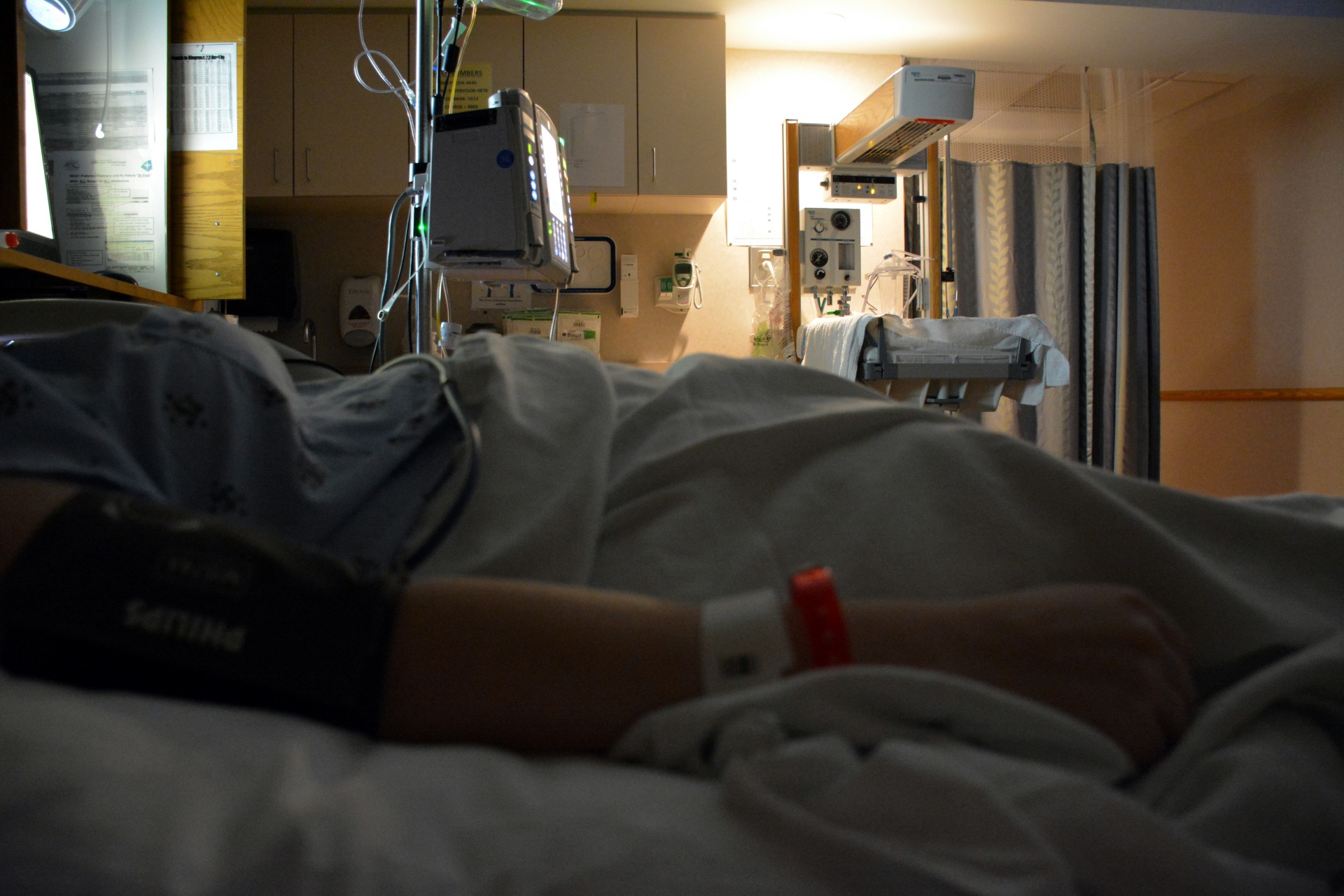